Q&A With Gabby B 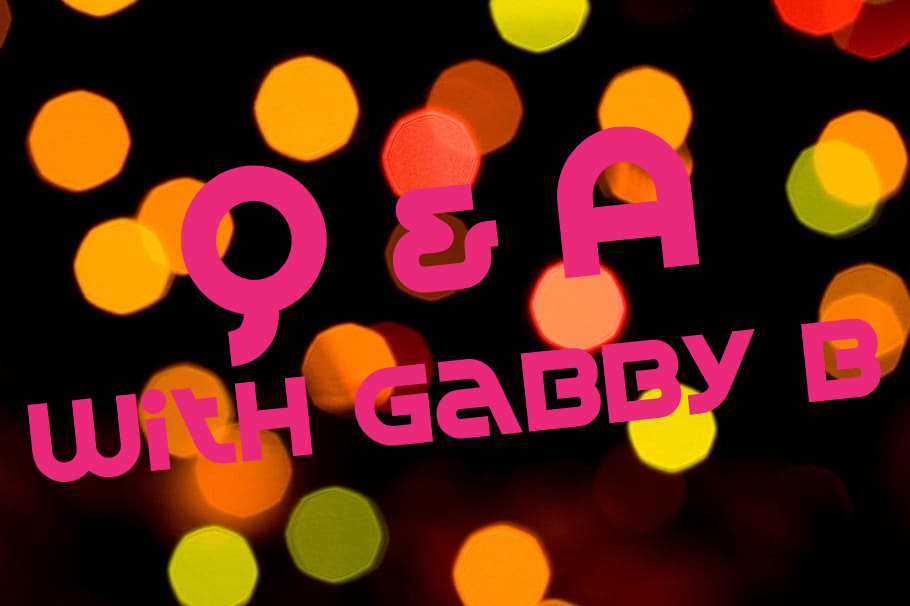 What are your favorite chocolates?

What have you been doing to keep busy during this time?

I’ve been at home, working on content, learning new things, doing business stuff. Doing what I can do to keep you guys entertained. Sometimes I watch “Catfish” because I love that show.

Yeah, I’m single. It’s because I have no time for a relationship right now. I’m really focused on my career and getting things together, just reaching a goal.

I like cheesecake, especially from Junior’s. Whenever we go to New York for business, we always end up going to Junior’s and the cheesecake there is O. M. G. Unbelievable! I love banana ice cream, and doce de leite milkshakes. So Good!

I love Sarah Michelle Gellarup. I love the show “Buffy the Vampire Slayer”. I don’t know if you guys know this, but it’s an icon.

Do you have a pet?

Yes, I have two. One is a Yorkshire Terrier, and the other one is a Pug mixed with either a Boston Terrier or a Bulldog. I’m not sure which one she is because she looks like both, but she was abandoned, so I really don’t know. Their names are Daisy for the Yorkshire Terrier and the mix is Lexie.

Any scenes of movies?

Scenes that I like? Favorite Scenes? There’s so many movie scenes I love, if we’re getting into movies, I love horror movies and scary stuff. I love pop ups, even though I get terrified those are my favorite.

Where did you learn dancing?

Growing up with my mom, who was a singer and a dancer. She did Samba and liked to sing, so I got the performer from her, and my dad was a Martial Arts Teacher. I learned a lot just from watching my parents doing their thing, like my mom shaking her ass off. Also, growing up watching Britney Spears taught me a lot of her dance moves and transferred that energy to me.

Get your Tik-Tok blue tic

These questions are funny, we’re working on it, but, you know, it’s a process. Hopefully I’ll get that too.

Who inspired you to be an artist in music?

I grew up watching my mom as an entertainer and Britney Spears on TV, both of them are my inspiration for performing. When I was a little girl and used to live in France, I would put my camera up and act like Hannah Montana, I would start singing along and pretending that I was Hannah Montana because I also grew up watching her.

Favorite music videos and favorite songs that you did?

Como te llamas, which is on my YouTube channel. I had a lot of fun because we shot the video with Drag Queens, their makeup was on point, and it was just fun interacting and getting to know them. I also had a lot of fun shooting Loot because London B was really fun to work with, really cool and talented. Also Fine with Devvon Terrell. Fine was a challenging music video but I still had fun because it was hard work and we got sh*t done.

YouTube of course! You have longer videos, I feel like we can be more of a family here and you can say whatever, it’s more truthful.

What is your country, and have you ever come to India?

I live in America, South Florida. I have never been to India or Asia, but I would really love to visit India and Asia in general. I want to visit like literally every country. I hope I can accomplish that before my day is done.

Do you write your own lyrics?

I have songs in my journal. Every song that I put out, I contributed to the lyrics.

Why don’t you make some dance in Hindi songs?

I don’t know any songs in Hindi, but you guys can leave a comment or send me a message with the name of a song and I’ll see if I can jam to it, and maybe I’ll do a dance.

Congratulations mam for your new album, can I please get an autograph with my name?

For those that don’t know, I have an EP out called “Therapy” and it has seven songs with a bunch of different emotions: love, hate, everything, having fun. For the autograph, if you want me to personalize an autograph all you have to do is contact me, and for $25 I’ll personalize it to you, I can put your name or whatever you want me to write.

Where are you from?

I was born in Brazil, raised in France, and now I live in America. I’m basically from three different places. I’ve also lived in Canada.

What is your favorite social media app for your music?

I have songs out everywhere: Apple music, Google Play Music, Spotify, but a shoutout to Loom, it’s a great app for independent artists. You can put your songs out on loom, even if they are unreleased, and make it exclusive. It’s like a whole family and the whole thing is awesome.

Which way do you turn your head when you eat a taco?

I don’t eat tacos but if I did I think I would eat it like a sandwich. Maybe eat it with a fork and get all the fillings out and eat the shell after. I’m more of a rice and beans without the shell, don’t hate me, okay?

How old are you and when is your birthday?

Is your music on Google Play?

Yes, it’s on whatever platform you guys use. As long as you search “Gabby B” you can find all my other music.

Do you sing in other languages besides English?

Yes, I sing in Portuguese, French, Spanish, foreign languages I can’t speak. I have a song in Portuguese called “To Que To”, a song in Spanish and English called “Como Te Llamas” and I’ll be releasing a song in French soon, I’m working on it right now so stay tuned!

If I do a duet to your songs on tick-tock do you repost it?

Yes, I do. I actually have two challenges out right now, “Loot” and “Fine”. Loot is more of a Tik-Tok-y dance, Fine you can do whatever you want. Whatever duet you want to do with me, or a challenge that’s my song, I’ll repost you if I see it, just tag me @GabbyB_Music. 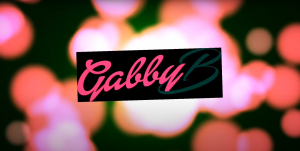 Gabby B attempts to play the game “Don’t Forget the Lyrics” with her best friend. There were about 15 songs that were played for a 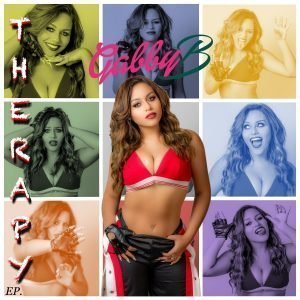 “Therapy” (EP) is about emotions. Each of these songs portray different emotions and storylines of relatable moments that many people have gone through in life.