Welcome To My Tribe!

Be You
Do You

Wear Whatever The Hell You Want! 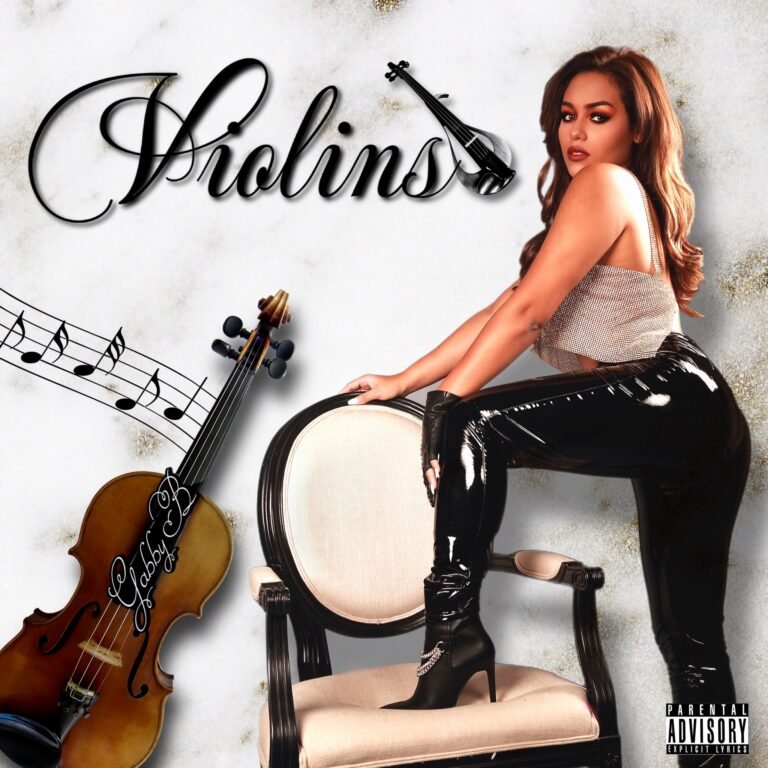 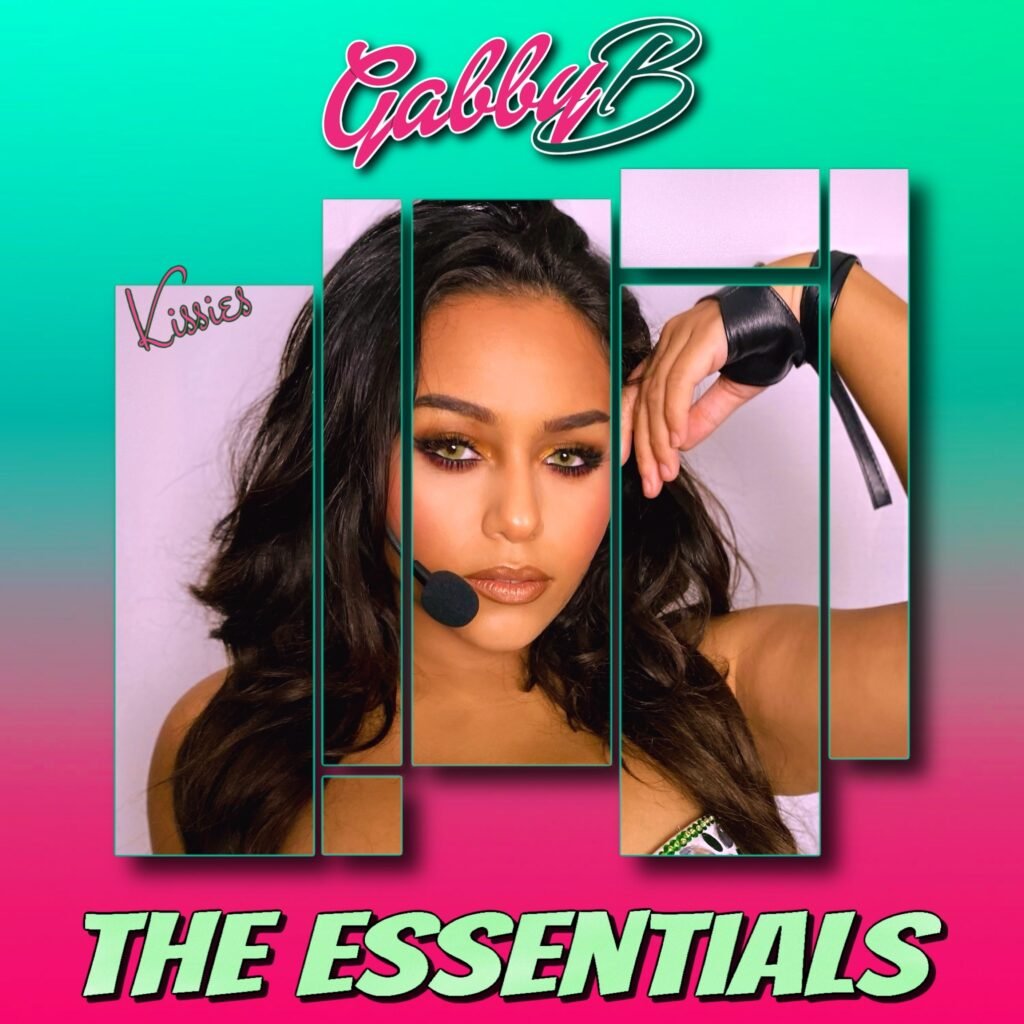 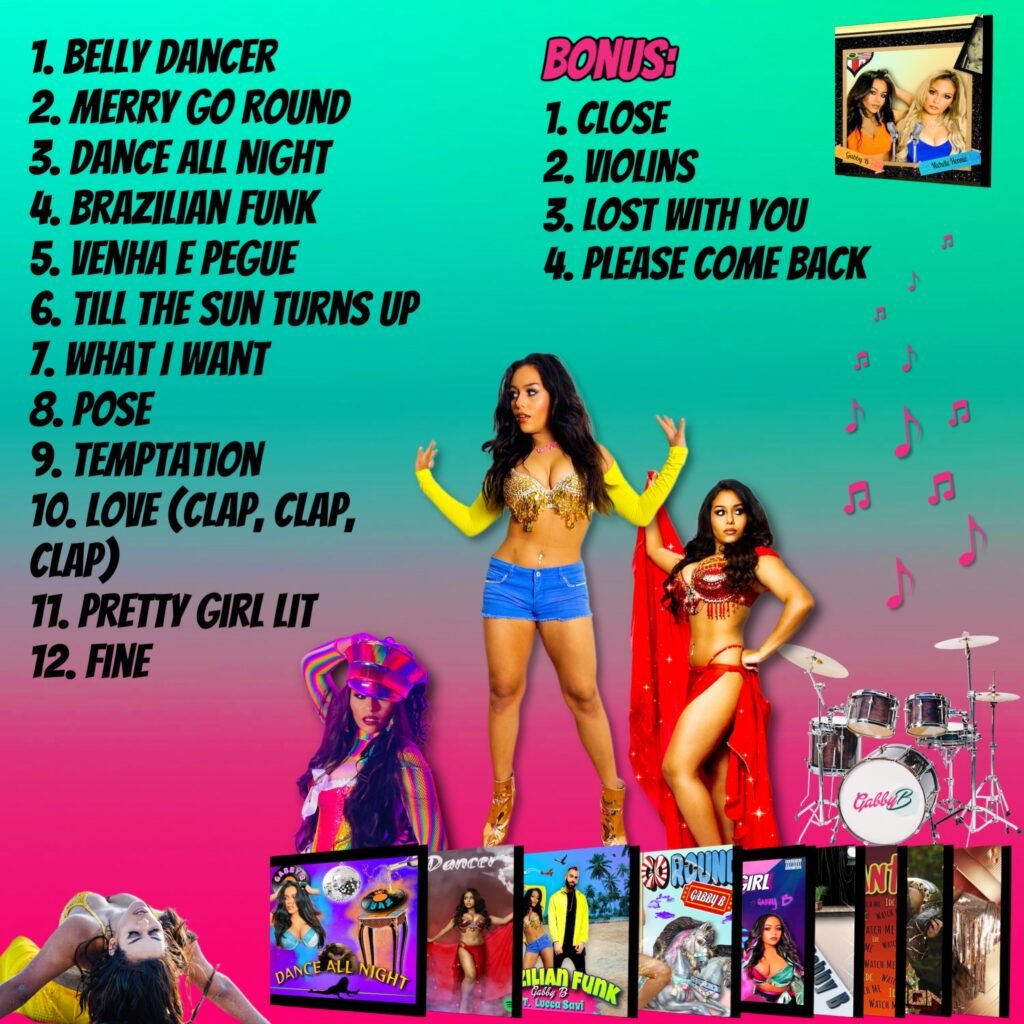 Gabby B – “The Essentials” CD on Sale Now!

Limited Edition (Only 100 being sold) 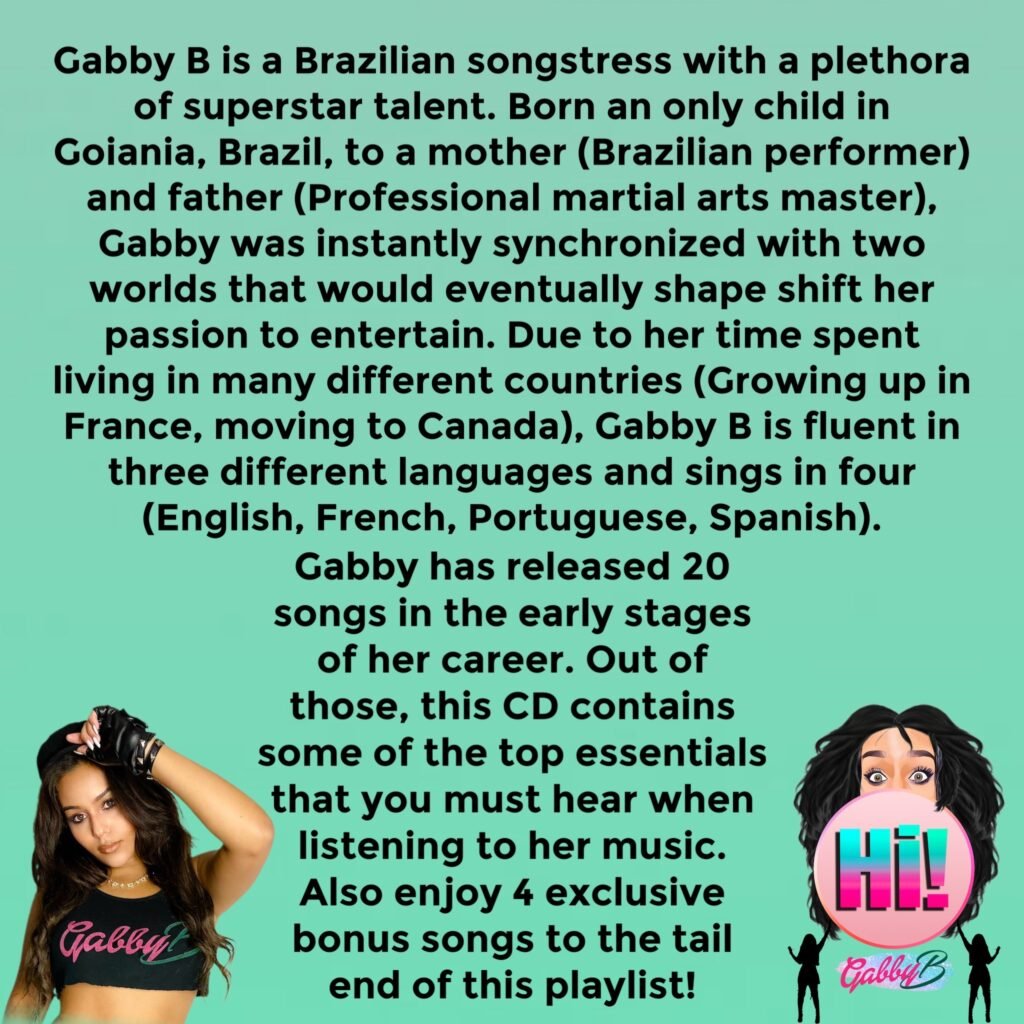 Gabriela Bueno, better known professionally as Gabby B, is a Brazilian songstress with a plethora of superstar talent. The pop vocalist has always been in tune with the entertainment industry. Born an only child in Goiania, Brazil, to a mother (Brazilian performer) and father (Professional martial arts master), Gabby was instantly synchronized with two worlds that would eventually shape shift her passion to entertain. Due to her time spent living in many different countries (Growing up in France, moving to Canada), Gabby B is fluent in three different languages and sings in four (English, French, Portuguese, Spanish).

The global brand of Gabby B was introduced to the world in 2019. Although she was brand new to the scene, Gabby didn’t hold back as she released her first seven songs with fully made music videos, and eventually flipping six of those songs into her first EP called “Therapy.” Going off the momentum of her EP, Gabby took to the stage at the Brazilian Festival and opened for Brazilian sensation “Iza.” Shortly after that, Gabby toured with High School Nation during their South Florida run. Along the way, “Loot” was released which featured Netflix Rhythm & Flow standout “Londynn B.” This high-powered collaboration made its way up to the #4 spot on the DRT Global Top 150 Independent Airplay Chart. The song was featured in blogs such as HipHop DX, Sheen Magazine, Respect Magazine, and many more. This was followed by a press run where Gabby interviewed with various FM radio stations and performed live at “Rolling Out.”

Gabby B’s quest for greatness did not stop there. She took to the center of Time Square and sang in front of thousands of bystanders. This led to other opportunities such as performing live inside iHeart Radio studios. Later, she came out with “Fine” featuring Devvon Terrell and collaborated on a video which accumulated over 400 thousand views. As 2020 kept everyone indoors, Gabby took her talents to TikTok where she started to gain an immense amount of traction. Shortly after, she was featured on Spectrum News due to one of her viral videos that now has nearly 40 million views. Gabby has accumulated 3 million followers on TikTok alone. Other platforms such as Pop Fuzion TV, Rhyme Junkie, Medium, and Voyage Miami have also covered Gabby’s music and influence as the year went on. She also was featured on the cover of Soiree Fashion Magazine May edition.

More recently, Gabby B released “Merry Go Round” which made waves with over 200 thousand streams and over 10 million social media impressions within weeks of its release. This caught the eyes of many, as it led to her next single “Belly Dancer” that created a large buzz around many different countries. The music video has accumulated over 1.1 million views. As 2021 came to a close, Gabby collaborated with MTV’s Wild N’ Out Star “Justina Valentine” on a song and video called “Pretty Girl Lit.” The duo made waves with the record, now approaching over 300k views in the first month. To cap off the year, the two performed “Pretty Girl Lit” inside DAER Nightclub at The Guitar Hotel in Seminole Hard Rock Hollywood for the Y100 Jingle Ball Official After Party, alongside others including Flo Rida and Ja Rule. 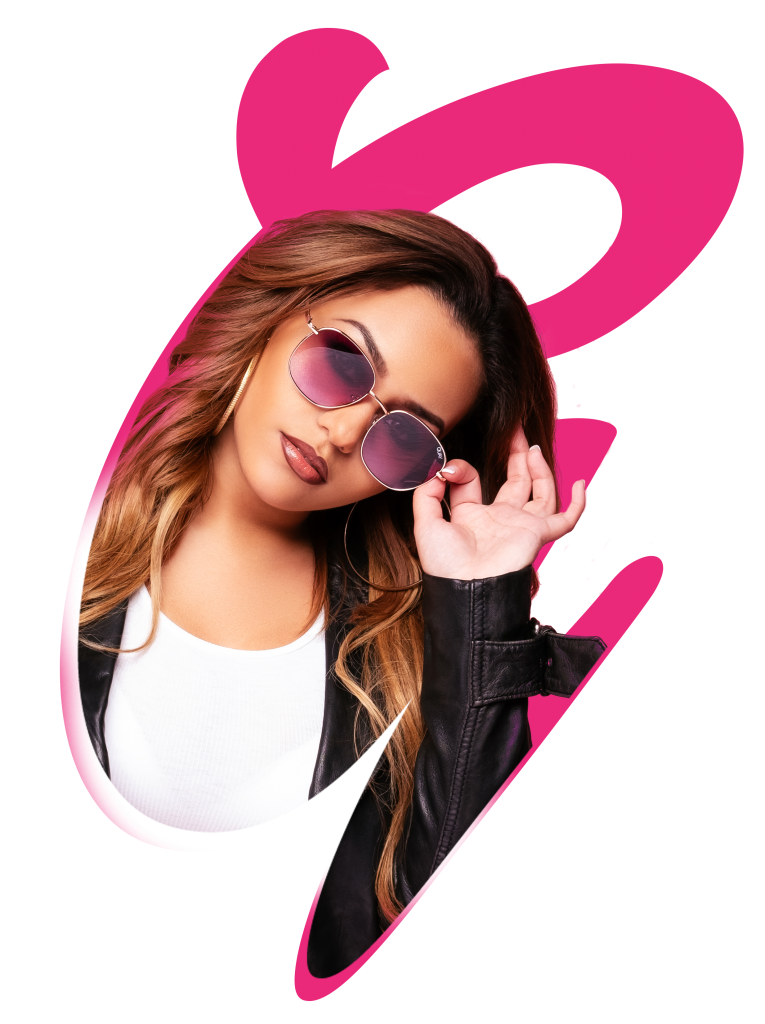 Who should be next? #gabbyb #shorts

New Pics and Vids only on Patreon 💕 https://www.patreon.com/gabbybmusic

You can call me Kida, Princess of Atlantis